A fraction is a type of number that shows how much part of something there is. A fraction is a portion of a whole or, more broadly, any number of equal parts. The numerator is the number above the fraction bar and the denominator is the number below. The top, lower, left and right numbers of a fraction are called “numerators” while the area in between is called “denominators.” Fractions can be positive or negative and may also have a decimal.

A common example of fractions in everyday life would be when one person has two-thirds of another person’s cake. A more abstract example might be if you divide your house into two zones: living room and bedroom, with each having its doors to get out of them. Those are two different fractions. Remember that fractions can be positive or negative, depending on what you want to represent.

Basic Parts of a Fraction

Also read: Do we just add a zero at the end?

There are many ways to write fractions. In every method of writing, the numerator and denominator remain the same. The difference comes from how the fraction is arranged.

These are like fractions because the denominators are equal.

2. Unlike fractions: these are fractions that have a different denominator. They don’t have common denominators.

3. Proper fractions: those in which the numerator is less than the denominator.

When you have a proper fraction, it means the numerator is smaller than the denominators.

The above are all proper fractions because the numerators are less than the denominators of each fraction.

4. Improper fractions: are those in which the numerator is greater than the denominator.

These are Improper fractions because the numerators are greater than the denominators of each fraction.

5. Mixed numbers: It is a combination of whole and part.

Before we can solve fractional problems, we must first learn some rules.

Real-life use of fractions

The fraction can be used to represent a partial quantity of a quantity like 2/3 is 2 parts out of the total amount of 3. Real-life situations may seem more difficult because there are many fractions involved, but it is still possible to understand using fractions in daily life.

The most common and obvious application of fractions would be eating. When choosing food, the portion might be stated in fractions. The most common fraction people may come across is 1/2 (half). In fact, there are also other fractions that we use every day such as 1/4 (quarter), and so on.

Fractions are essential mathematical tools that help us present only part of a whole; this is required in daily life and mathematics. Understanding fractions is important to managing our daily routine.

Do we just add a zero at the end? 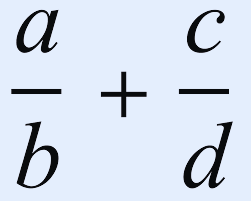